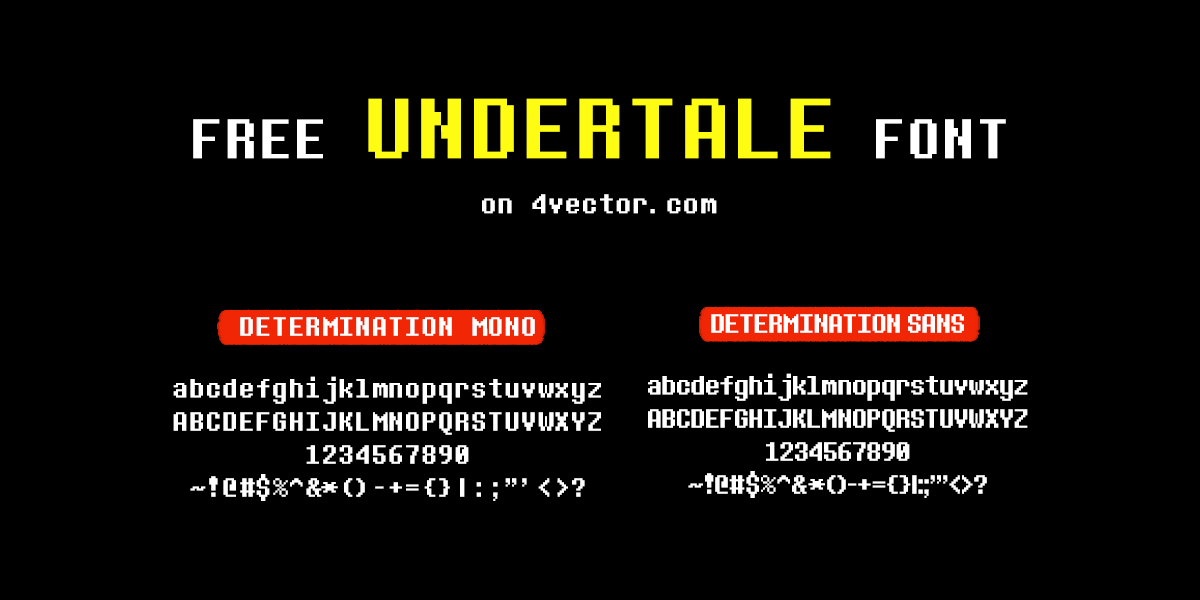 A role playing game released in 2015, Undertale is still one of the most popular gaming experiences in the world. Developed, published, written and composed by Toby Fox, it is seen as a revolutionary RPG that delivered a sensational first person playing experience. And it is not just the game that has gained enormous popularity, but the font it uses within the game.

What Font Does Undertale Use

Anyone who has played the game for a significant amount of time would recognize the font immediately. It is one of the unique aspects of the game, delivering an indie and retro feel to the entire experience.

Many people consider the 8-Bit Operator to be “the Undertale font”, and while it is very similar it is not quite the same font that is used in the game.

The good news is that it is possible to get access to this font and use it in a variety of settings.

The free Undertale font is available to download here. With the font downloaded, it would be possible to use it with Microsoft Word, other word processing programs and in a variety of other applications.

Fans of the Undertale game have started using the font when they are creating websites, responding to people on forums discussing the game, in memes and in their everyday communications.

Since the font used in the game is part of the public domain, there are no legal issues with completing the free download. There is no copyright or other restriction associated with using the font. Anyone who wants to try out the Undertale game for the first time on a PC or MAC can go to the official website and check out the demo.

Undertale is an indie RPG that is based around a human child that has fallen into a mysterious region beneath the Earth known as the Underground.

That part of the Earth is separated from the surface by a magical barrier which prevents the character from easily getting back to his reality.

Players complete various quests during the game, navigating through opponent attacks from diverse monsters and attempting to finish different missions. The ultimate goal of the game is to get the character back to the surface. Like most role playing games, the story that unfolds hinges on the choices made.

The options presented to the player for returning to the surface are why this is considered such a unique game. Instead of going the traditional route of destroying every enemy or obstacle, the player can choose to deal with these threats in a more passive way.

Playing Undertale as a Pacifist

A cult hit that is still revered among all types of gamers, Undertale is famous for the ability of the player to get through the game by being a pacifist. It is an unusual concept because killing is typically a major part of such role playing games.

The player has the option of sparing the enemies who are coming his or her way. There are even circumstances where previous enemies can become friends of the player.

Instead of a classic fighting system, the game relies on turn based fighting. It is a lot more interesting for players who are fans of RPGs.

That’s all nice and dandy, but you are probably here to download that Undertale font for free, so go do that. :)

Are you interested in selling your vector work at 4vector?

We are building a vector graphic marketplace where people like YOU can submit and sell their work to earn lots of money.


Enter your BEST email below to get early access to sell your work when the 4vector marketplace platform is launched.